The Gag Rule, reinstated by the Trump administration, withholds U.S. funding from health organisations that give single mention to the word, “abortion.” Not only does the gag rule silence doctors and healthcare providers, it has killed tens of thousands of women and girls. Funds are being withheld from organisations that have provided services for issues including violence against women and children, HIV/AIDS, malaria, and tuberculosis. The policy currently leaves millions without access to life-saving healthcare services in Asia and Africa.

M4ID launched #ResistGag after seeing the devastating effects of the Gag Rule first-hand in our work in India and Africa. To draw attention to the little-known gag rule, forty protesters took to Senate Square while Trump and Vladimir Putin were meeting at the 2018 Russia-United States summit on July 16th in Helsinki. Half of the protesters wore Trump masks and artificial pregnancy bumps, while the other half of protesters consisted of women wearing gags. 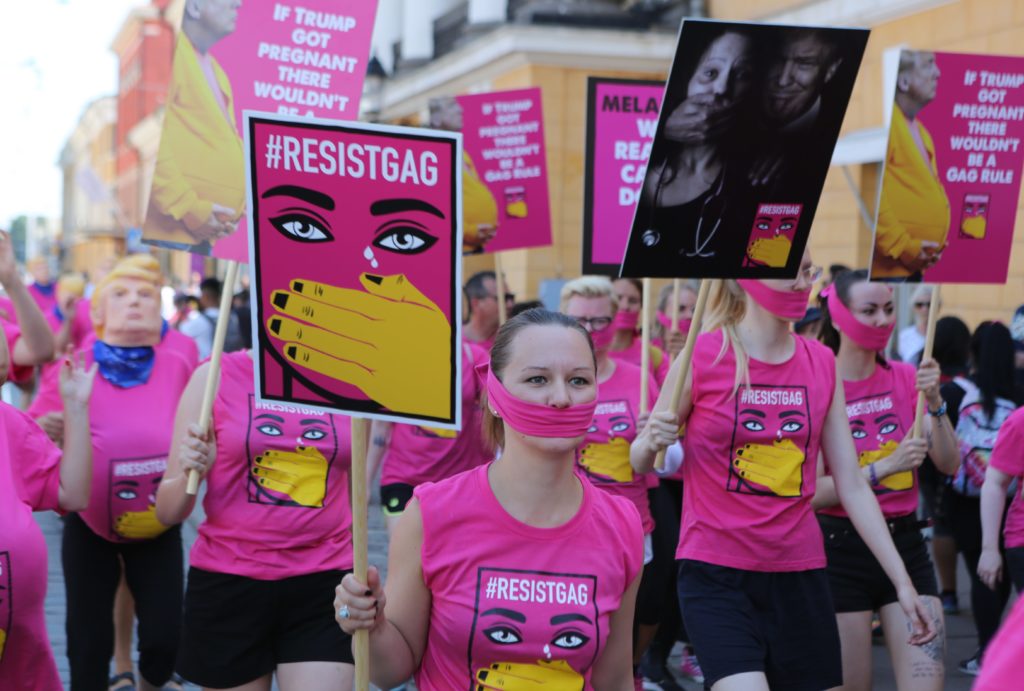 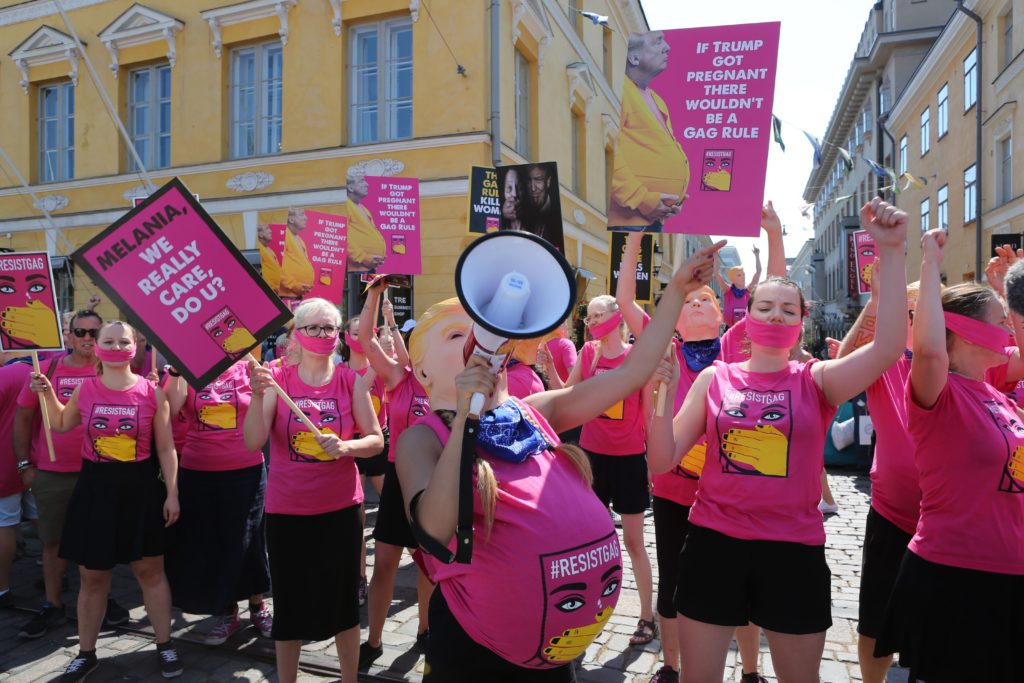 Wide international media coverage of the performance ensued, with video, text, and photo documentation of #ResistGag published by BBC, El País, YLE, and numerous other journals throughout the world. M4ID’s Co-CEO and Co-Founder, Mari Tikkanen, was even interviewed by Al Jazeera. 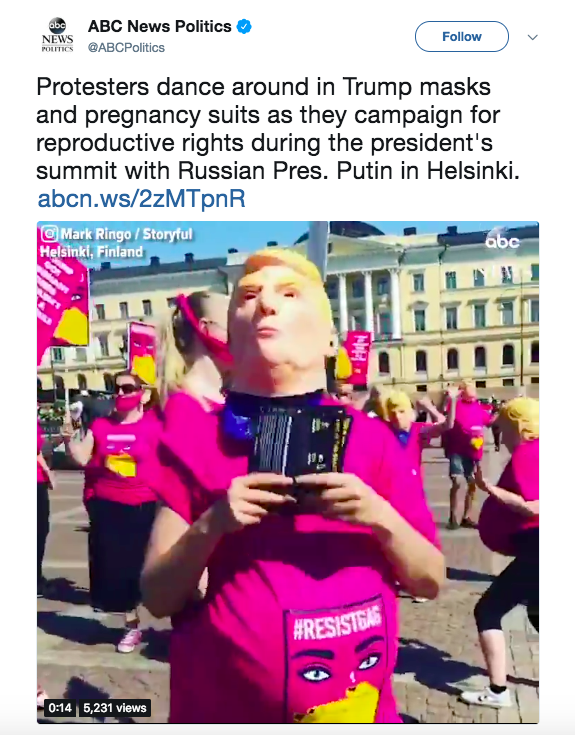 The digital impact of the movement saw numbers of nearly 2 million in reach and impression levels. M4ID’s efforts were additionally noticed by The Finnish Heritage Agency, and we were asked to contribute gear from the protest to The National Museum of Finland.

The project was independently funded by M4ID through our social mission fund.